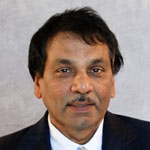 Dr. Sunil Varshney has over 35 years of experience in polymer synthesis. Prior to founding Polymer Source Inc., he served as a product manager at Pressure Chemical Company (Pittsburgh, U.S.; 1992–1993), studied surface properties of block copolymer ionomers as a visiting scientist at McGill University (Montreal, Canada; 1991–1992), served as a project consultant at Norsolor–Orkem (later Atochem, now Arkema; France; 1988–1991), worked as a research assistant at the University of Liege (Sart-Tilman, Belgium; 1985–1991) and as a research officer at the Indian Institute of Technology (New Delhi, India; 1983–1985), and did a postdoctoral research at the University of Florida (Gainesville, U.S.; 1980–1982). He applied academia knowledge and experience in design and fabrication of tailor made polymers to industry level, and transferred the technology of living anionic polymerization of (meth)acrylic ester monomers (originally developed at the University of Belgium) to a scale-up production.

Dr. Varshney is a dedicated researcher who strongly supports R&D strategy at Polymer Source. He has contributed to over 100 scientific papers in international peerreviewed journals and 16 U.S., Canadian, European, and Japanese patents. 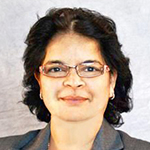 Mrs. Neelima Agarwal runs the company for over 24 years. Her strong entrepreneurial drive allows Polymer Source to achieve success and financial stability. She is constantly working on business development and liaison between Polymer Source and collaborative companies to maintain business growth and to support Polymer Source world-wide reputation. 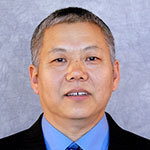 Zhengji obtained his Master’s degree in Chemistry from University of Montreal (Canada). He published over 10 scientific articles in international peer-reviewed journals. Zhengji joined Polymer Source in 2002, and now he is the Senior Research Scientist. He specializes in living anionic polymerization, fabrication of complex molecular structures; and also is an expert in specific glassblowing techniques. 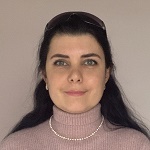 Iryna obtained her Ph.D. degree in Polymer Chemistry from University of Montreal (Canada), and got experience as a postdoctoral researcher at McGill University (Montreal, Canada), and as a visiting student at Durham University (United Kingdom) and New University of Lisbon (Portugal). She has published over 20 articles in peer-reviewed journals and contributed as co-inventor to a patent on novel light emitting polymeric compositions. Iryna joined Polymer Source in 2013 as a Research Scientist and QA/QC coordinator. She specializes in rheological studies of polymers, NMR, GPC/SEC, FT-IR, DSC and TGA analysis, data interpretation; and performs a number of research projects. 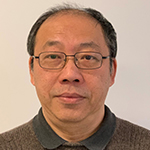 Jianxin (Jian) earned his Ph.D. from University of Liege (Belgium) and got experience as a postdoctoral researcher at Toronto University (Canada). He has published over 30 peer-reviewed papers and has held over 10 patents. Jianxin’s expertise has resulted in the development of various new breakthrough polymers and in validating the architecture of complex polymers.

Jian worked at Polymer Source in 1998–2004 and re-joined the company in 2018 as a Research Scientist. He specializes in synthesis of specialty polymers, is in charge for instrument maintenance, and performs research projects. 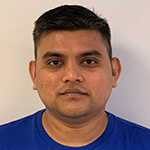 Jigneshkumar (Jignesh) obtained his M.Sc. degree in Organic Chemistry from V. S. Patel College of Arts and Science affiliated to Veer Narmad South Gujarat University (India). He has over 5 years of teaching experience as a lecturer and teaching assistant in Chemistry at high school and college (India).

Jignesh joined Polymer Source in 2018 as a Juniour Research Scientist. He specializes in organic and polymer syntheses and chemical purification. 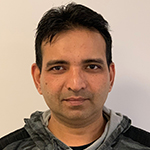 Sandeepkumar (Sandeep) joined Polymer Source in 2018 as a laboratory assistant. 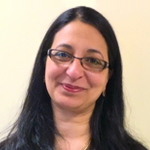 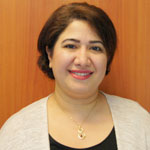 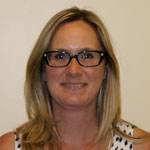 Becky obtained her Certificate from Humber College (Ontario, Canada) with studying Business Administration and Hospitality Management; and to date has delivered over 12 years in customer service with hotels and with 7 years in the financial services. Becky joined Polymer Source in 2016 as an office assistant and customer service representative.